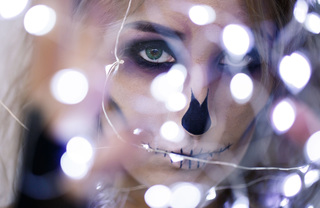 It’s that time of year yet again, when residents of the apartments in San Pedro, CA, gear up for another season of Halloween enjoyment. There are plenty of ways to spend the holiday, of course, but more than a few will be heading over to the Downtown Harbor and Wilmington Waterfront Park to check out yet another iteration of the Port of Los Angeles’ ever-exciting Happy Harbor Halloween — 2018 edition.

If you’ve never heard, it’s yet another reason for San Pedro residents to get out there and check out the waterfront, this time with the added bonus of getting to dress up in elaborate costumes and take the kids (and pets) out for all the festivities. What are those festivities, exactly? We’ll be delving into that today, along with providing the heads-up on a few other Halloween events in San Pedro that are coming up soon.

About This Year’s Happy Harbor

This year, Happy Harbor will be taking place at two simultaneous locations: the Downtown Harbor (near the Los Angeles Maritime Museum) and Wilmington Waterfront Park, which is further north in the harbor community.

No matter which location you decide to head to, though, things will be kicking off on the 27th of October at 10:00AM, running until 2:00PM in the afternoon. If you head to the San Pedro location at the Downtown Harbor, however, you’ll enjoy the added bonus of catching the “Bark or Treat” dog parade.

As it sounds, dogs of all manner will be dressed up in creative costumes of their owners’ design, then they’ll stroll down the harbor while onlookers watch the spectacle unfold. In addition to the dog parade, both “Happy Harbors” will have a host of kid-friendly activities for the whole family to enjoy: arts, crafts, children’s games, a puppet show — it’ll be a great way to spend a day getting into the swing of Halloween.

Happy Harbor won’t be the only game in town around Halloween, mind you. There’s all kinds of additional spooky excitement leading up to Halloween around San Pedro, like the Chills & Thrills at the Little Fish Theatre on Centre Street.

Taking place October 25th-28th, this event will feature readings of short but scary stories designed to get you and the family into the spirit of fright. The event will also serve as a fundraiser for the theatre itself, so you’ll have a chance to support the local performing arts scene while simultaneously hearing some great stories.

Entering its seventh year this October is San Pedro’s annual Dia de los Muertos Festival, to be held right in the streets of historic downtown:

“Dia de los Muertos, or Day of the Dead, dates back to pre-Hispanic and Spanish customs. The modern holiday is a synthesis of Aztec and Spanish traditions. It is not a sad occasion or a time for mourning, rather, it is when family and friends gather to remember and celebrate departed loved ones.”

With that in mind, live entertainment will be the name of the game here, and there will be several notable performers gracing the event, including: Salt Petal (with their signature brand of dance, folk, and rock); Mariachi Divas de Cindy Shea (the official mariachi of Disneyland Resort); and Kotolan (an eclectic mixture of pop and Latin rhythms); in addition to Folklorico Del Mar, Folklorico Nadino; Folklorico Perlitas de Wilmington, Mariachi Academy of Carson, and Grand Vision’s Takio Team.

Adding to the excitement will be the Jose Cuervo Tradicional bar and Tequila Garden. Such a spectacle requires little explanation, suffice to say the cocktails on offer will be created with “Tradicional” tequila, “the first 100% agave tequila created over 200 years ago by Jose Antonio de Cuervo.” Expect the festivities to reach a whole new level of excitement once the drinks start flowing.

Then there’s another one of San Pedro’s yearly treats: the Annual Sea Scare at the Cabrillo Marine Aquarium on October 27th:

“The best family Halloween party around is back and only at CMA! Sea Scare is washing ashore with lots of thrills and chills. Sea Scare brings back all your favorite attractions like Trick-or-Treat Trail, Seaside Boardwalk, the Sea Scare Party Zone, and Skull Alley.”

That succinct description doesn’t quite do the Sea Scare justice, however, as it’s a bit more in-depth than just a quick explanation would lead you to believe. First off, for those who love trick-or-treating, Sea Scare provides 13 different “treat stations” with candy, “creepy crafts,” and “dreadful demonstrations” complementing them all.

There will be a dance-style party Zone where you and your friends can show off your best moves while in costume, and even a Sea Scare Costume Contest where you can pit your costume design up against other attendees for a chance at some top-notch Halloween prizes (be sure to dress your best for this one).

In the haunted maze, you can traverse while experience all kinds of surprise scares, and after you’ve worked up an appetite, you can take comfort in the fact that the Aquarium has already put the call out to the best food trucks in town, who will be on-site and serving up eats for you and the other guests’ enjoyment.

The fun doesn’t stop there, though. There will be a spooky storytime held at the Aquarium’s Marine Research Library, along with the fan-favorite “Trick or Treat Trail.” In addition, there will be carnival games along the Boardwalk, and a chance to see some true-to life scary creatures via live-action demonstrations at the Exploration Center.

It’s easily one of San Pedro’s premiere Halloween family events, and you’ll definitely want to check this one out in the evening after the Happy Harbor has wrapped up.

Halloween is a time of year that fills every household with a bit of added excitement, and the apartment homes at fine communities like The Vue are no exception. Once you’re done checking out Happy Harbor Halloween, or any of the other “spooky” events on the Halloween calendar, you can returned to the refined comforts of one of San Pedro’s finest to call it a night or keep the party going with a few friends and your own twist on Halloween. Have fun!