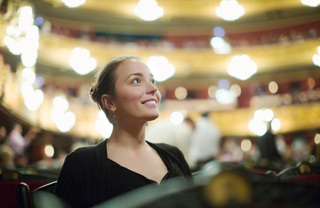 In beautiful Southern California, just moments away from the lovely San Pedro apartments, there’s a historic cultural institution that has served as an important venue for live events since its inception in 1931. We’re talking, of course, about the Warner Grand Theatre, one of the most widely-heralded sites during the rise of the popularity of film:

“Considered ‘an art deco masterpiece on a neighborhood scale,’ the Warner Grand was part of the era of the Picture Palace, the magical decades of the 1920s and 1930s. As the popularity of the motion picture grew, the glamorous picture palace was conceived as a place of escape, a place where dreams came true.“

Nowadays, the Warner Grand Theatre serves as something of a community performing arts center, hosting live music, stage performances, stand-up shows, and more. Today, we’ll be exploring some highlights from the Theatre’s 2019 Calendar, along with their special events and classes, so you can prepare yourself for a trip down to their location on West 6th Street for some cultural enrichment.

Both the Warner Grand and the Grand Annex have an impressive lineup of shows planned for the year, like Peter Pan, which will be taking place from January 25 to January 27th. No need to rehash the story, as it’s one you probably already know well. Suffice to say, if you want to take the kids along to see Peter, Tinker Bell, Wendy, Michael, and John, this will be the perfect opportunity at the start of 2019.

Throughout the year, you’ll be able to enjoy open mic nights at the Grand Annex taking place every first Thursday and lasting from 7:00PM to 9:00PM. Live performers of various stripes, including poets, songwriters, and musicians, are encouraged to show up and work out new material. And, speaking of musicians, there are a number of more established acts scheduled to perform at the Warner performers hail from Nashville and combine their bluegrass roots with acoustic rock and folksy melodies to achieve a wide diversity of sound.

The Suzie Glaze New Folk Ensemble — Saturday, March 16, 2019 at 8:00 PM — Suzie Glaze has already won awards for her skillful vocals, and now this bluegrass/folk mastermind is bringing a new blend of “traditional mountain folk and exciting new grassy and Celtic-inspired originals,” with her new Folk Ensemble in tow.

These, of course, are just some of the live shows that will be gracing the stage at the Warner Grand. Perhap the most exciting entries on this year’s schedule are the special event shows, the Gathering for the Grand Live. These are part of the Grand Annual Gala, a live concert benefit featuring “professional, in-demand tribute acts and popular local openers.” As part of the Gathering at the Grand schedule, there are currently three big acts planned:

Mary Bridget Davies — Saturday, March 23, 2019 at 8:00 PM — This soulful songstress is taking her blues chops (she’s an International Blues Challenge winner and a Blues Blast Magazine award nominee for Best New Blues Artist) and doing her best rendition of some Janis Joplin favorites with her “Tribute to the Queen of Psychadelic Soul.”

Space Oddity — Saturday, April 27, 2019 at 8:00 PM — Led by frontman David Brighton, the Space Oddity band have fused their rock-n-roll stylings together into one of the greatest David Bowie tributes you’ve ever seen. You’ll not be disappointed by this lookalike/soundalike.

You can learn more about VIP ticket purchases and sponsorships for the benefit shows at the Theatre’s Special Events page. There are many ways to get involved, and sponsorships at various levels, so if you feel the Theatre’s mission is one worth supporting, consider showing up for at least one of these benefit concert shows during the year.

In addition to all the great shows planned for the Theatre this year, there are also plenty of opportunities for you to learn. Taste of Taiko, for instance, provides with a 4-class workshop on how to play the Japanese Taiko Drums. Led by Kristofer Bergstrom and Uyta Kato, two masters of the Taiko, you’ll be in good hands as you learn the rudiments of this amazing instrument. One class is $24, but you’ll get the most out of the experience by signing up for all three sessions. You’ll learn to hold the Bachi (Japanese drumsticks) and will practice various taiko rhythmic patterns on the drums. Prepare for the booming sound of the taiko to take over as you ease into groove at your own pace.

There are several educational programs for youth presented by the Warner as well, introducing them to the basics of music, so be sure to check out all of the Theatre’s offerings to learn more about how they’re enriching young lives through the power of the performing arts.

You’re quite literally within walking distance of the Warner Grand Theatre and all its wonders when you live in chic city buildings like The Vue. San Pedro itself is a superbly walkable community, and being in a convenient location like this one puts the whole of the neighborhood in the palm of your hands. View life in a new way; check out what The Vue has to offer you and make it your choice for the San Pedro experience.