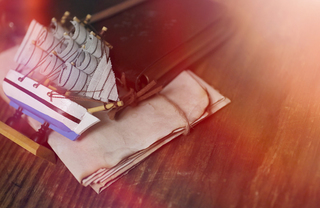 If you’re at The Vue apartments (or anywhere in San Pedro) and looking for a fun and engaging way to learn more about the history of the marvelous Los Angeles Harbor, then you should do yourself a favor and check out the Los Angeles Maritime Museum, housed in what was once the Public Works Administration building:

“Saved from demolition by historically-minded citizens, the building has been beautifully restored, and now houses the Los Angeles Maritime Museum. Exhibits highlight the history of Los Angeles and include ship and boat models, the fishing and canning industry, the US Navy, figureheads, and an amateur radio station.”

Just head on over to Berth 84 at the foot of 6th Street, and you can experience the wonders of the museum yourself. Before you do, though, be sure to read ahead, because we’re going to lay out all the details you’ll need to know in advance to have a great time.

What You’ll Find at the Maritime Museum

If you were thinking the Maritime Museum was home to a “boatload” of exhibits, then you thought correctly! The exhibits are part of the Maritime Museum’s main appeal, and they cover a wide range of specific topics that help shed light on the harbor’s past and present. Currently, there are six exhibits on display that you’ll find interesting:

And these are just the exhibits you can see in person. If you’re a true history enthusiast, it might also be worth your while to check out the various “online exhibits” the museum has as well. These include an abundance of old photographs, postcards, and periodicals that help paint an even more detailed picture of the Los Angeles Harbor and its past.

Though you’ll find the emphasis on the past is heavy at the Maritime Museum, it’s not the only thing there for you to enjoy. Take, for instance, the Angel’s Gate Tugboat. This vessel, which was granted to the museum in the early 90s after a long career towing about the Port of Los Angeles, now provides narrated tours of the harbor for museum members. Though its military machine guns and other offensive hardware have been removed, the boat is still in great condition, and appears much as it did when it was first constructed back in 1944.

For those that want to get even deeper into the depths of LA history, the Maritime Museum’s library will be a definite point of interest:

And while you’re sifting through those old tomes and learning more about Los Angeles’ past, consider what you can do to support the Maritime Museum and its efforts. The museum graciously accepts cash donations to help fund its operation and the expansion of its collection. By donating, you can also purchase yourself a membership as a “Friend of the Los Angeles Maritime Museum,” which grants further benefits like:

Or maybe you’d even like to volunteer your time at the museum? Depending on the time of year, they could always use a few more hands on deck to serve as tour guides, gift store clerks, greeters, and engineers.

More About The Vue Apartments

When it comes to putting you close to cool San Pedro locations like the Maritime Museum, few apartments can do it quite like The Vue. This awesome high rise community is conveniently located just moments from the very best neighborhood attractions, giving you ample access not only to cool spots like the museum, but the stores, restaurants, parks, and stunning San Pedro landmarks as well. Ready to see what life by the water is all about? Come check out The Vue; you won’t be disappointed.