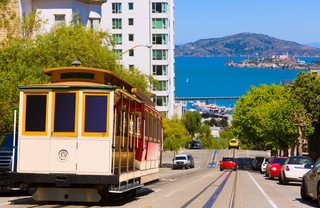 Think you know San Pedro? Beyond the sunny seaside location, bustling port-vibe, and California rent prices, though, how much do you really know? Have you toured the side streets, strayed from the beaten path, and uncovered the area’s hidden gems? There’s more to San Pedro than first meets the eye, and if you’re savvy enough to do some exploring, you’ll be treated to much more than what lies at San Pedro’s port and parks. Want to learn more? Keep reading, as we explore some of the lesser-known facets within one of Los Angeles’ southernmost communities.

What’s This About Hidden Gems?

There are places in every town that are well-known even (or perhaps especially) by tourists, and then there are parts that aren’t as talked about among those outside of the area (but still serve as amazing destinations). What we’re concerned with is the latter, those spots that not everyone knows about, but almost anyone would enjoy if they did.

1413 West 8th Street -- Alvas bills themselves as “LA’s Destination Music Store,” one of the first to mark all their merchandise with internet pricing and one that people have come from around the city to visit. They’ve got a large showroom with plenty of instruments and gear, most of which they’ll let you try out before you purchase, as the owner knows the struggle of being an aspiring musician all too well. In addition to guitars, basses, and pedals, they’ve also got a pretty robust selection of drum gear and even “actual equipment used by [major] bands” so at a “significantly discounted price. This is the sort of local treasure that most musicians, and even some non-musicians, can appreciate in full.

705 South Pacific Avenue -- The name might give you the sense that there’s nothing but junk for sale here, but a visit to the property will reveal quite the opposite. A trip to cheap vintage is a veritable trip through time, as you search for old-school furniture, antiques, and home/office supplies. They’ve definitely secured their “niche,” going after the atypical/loves vintage stuff crowd, and if you consider yourself a part of that demographic, you’ll definitely want to check out their shop. The list of antiques is long, and includes wood dressers, tables, chairs, bookcases, sofas, armoires, vanities, bedroom sets, hutches -- you name it, chances are they have it.

478 West 6th Street -- The Warner Grand Theatre is one of the few Art Deco structures remaining around the area. Stewarded by the Grand Vision Foundation, you’ll find more than your fair share of live concerts, film screenings, performances, and educational events happening here at this 1,500 seat movie palace, along with Grand Annex, a 150 seat music room that’s also located in San Pedro. In addition to the lauded community performance space, the Theatre and Foundation seek to revitalize the community through the arts, complementing their work with “robust arts educational experiences for our youth, schools and community, provided through our Meet the Music program, Team Taiko and other projects supporting future artists and audiences.”

3601 South Gaffey Street -- Did you know that injured seals and sea lions sometimes find themselves on the LA County coastline, and that since 1992, the MMCC has been doing their part to rescue these stranded mammals? They’re the only rehabilitation hospital in Los Angeles for California sea lions, northern elephant seals, Pacific harbor seals, and northern fur seals, and, they’re also keen on educating students and the public about their work and the importance of seals and sea lions. It’s hardly the kind of facility most would expect to visit, but a trip here might change your perspective on ocean conservation and the relationship between humans and different wildlife species.

1542 South Beacon Street -- This historical house is one with an interesting history. It was first constructed on Front Street, purchased by a shipbuilder, then moved to 19th & Grand Street when Front Street was bulldozed and renovated back in the early 1900s. It was steadily upgraded over the years, then became a cultural monument in the early 1980s, and was eventually moved to its current location. There the Muller House Museum offers “guided tours, interesting exhibits, discussions of historical interest, and special events.” It’s a true glimpse into the life of Southern Californians around the turn of the century. Perhaps most enlightening are the Sunday Speaker Talks, “informal talks by knowledgeable presenters about events or history important to San Pedro and the Harbor Area.”

479 West 6th Street -- Break out your camera and get ready to catch some shots of another architectural marvel from yesteryear. The Arcade Building is one of the city’s historic focal points, one that was completely renovated in the mid-1980s: “The beautiful three story ARCADE BUILDING marked an epoch in the retail history of San Pedro when it was built in 1925. It was the first arcade building in the City of San Pedro and quickly became a distinctive landmark. Built by Aleck Carresi, a San Pedro pioneer, it inspired others to invest in the future and progress of the community.” It’s all in sharp contrast to some of the other examples of architecture you’ll find on 6th Street -- all the more reason to get down there and take a look.

24th Street -- Sure, everyone points out Point Fermin Park, but what about Harbor View? Once known as Harbor View Cemetery, it was first created in 1883, when August Timms gave the land to the newly-incorporated city. After San Pedro became part of Los Angeles, and the area started to expand in the mid-20th Century, it was changed to the Harbor View Memorial Park instead of cemetery, and now serves as a lovely place for an afternoon walk.

When It Comes To California, Rent In San Pedro Is A Gem

Thanks to places like The Vue being a part of the fabric of San Pedro, the whole area is something of a hidden gem. Few places can compare to the luxury, comfort, and inimitable style. When it comes to upscale and thoughtful, this is the community that first comes to mind.